Modern, sustainable and fully integrated! That’s the PortoBay Rio de Janeiro's new façade! The PortoBay group hotel in the wonderful city of Rio has used this last year to undertake a thorough renovation of its exterior.

Once brown in colour which contrasted with most of the buildings on the Avenida Atlântica, the PortoBay Rio de Janeiro now presents visitors with a sophisticated image in lighter tones, fully integrated into the architectural landscape of the Copacabana waterfront, a UNESCO World Heritage Site. In the words of Cláudio Santos, CEO of PortoBay in Brazil, “the new façade aims to give the building a new lease of life, in a modern architectural language”. The new design, which had to be submitted to the Rio Heritage Institute due to the sensitive nature of Copacabana’s image, was made in order to blend in as harmoniously as possible with the other buildings on the waterfront.

All granite cladding previously covering the façade was removed, relieving the building of its dark exterior. The new lighter structure gives the hotel a clean, very elegant appearance. When seen from a distance, it is obvious that a very calm dialogue has been established with the beach which comes up almost to the hotel entrance. Rio’s sands have served as the inspiration for the new range of colours used on the building. 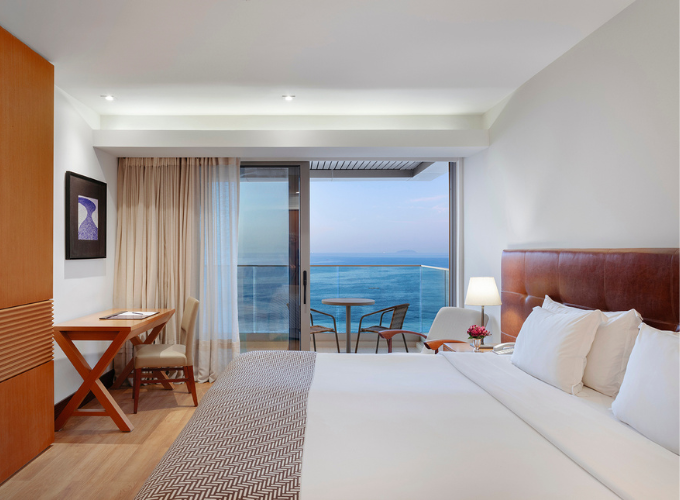 Balconies closer to the sea

With the renovation of the balconies, one of the most striking features of the hotel, the rooms have been given an even better view, reinforced by the transparency of the glass railings, which now exuberantly open up the panorama over Copacabana beach. The window frames have also been replaced, and now have double glazing. This provides a level of soundproofing that greatly enhances the customer experience.

Besides the façade, the hotel refurbishment project also included thorough maintenance work on the roof area, where the swimming pool is located. Not so noticeable, but equally important, was the restructuring of the building's entire electrical network as well as adjustments to the air conditioning system in the public areas.

Sustainability and energy efficiency are two aspects that have been given a lot of attention in the planning of these improvements. “All the material removed went for recycling or reuse, to reduce the environmental impact of the work”, says Cláudio Santos. To optimise the energy performance of the new façade, the main materials used were glass, aluminium and ACM (aluminium composite). “The type of glass chosen was appropriate for the climatic conditions of the area. It substantially limits the thermal exchange between the interior and the exterior and thus reduces the need to use the hotel's air conditioning system. This will have a substantial impact on energy consumption and the hotel’s carbon footprint”, he explains. 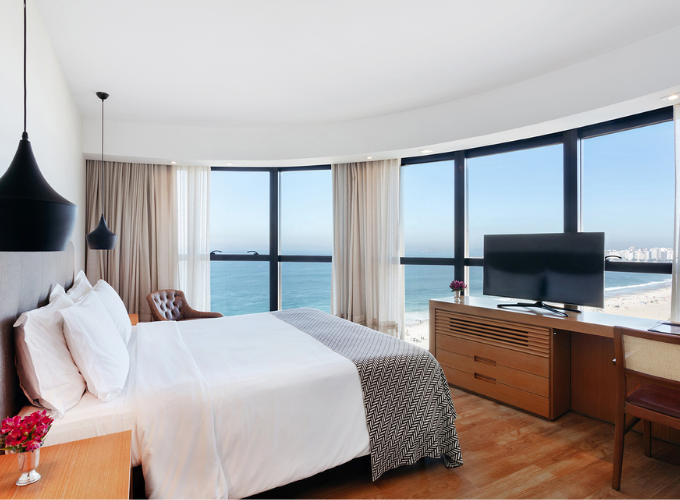 Work on the PortoBay Rio de Janeiro required an investment of €2 million as part of a series of refurbishments recently carried out on the group's hotels. PortoBay in Brazil is now focusing on its five-star hotel in São Paulo (L'Hotel PortoBay São Paulo), where work is already under way to refurbish all of the hotel's rooms, as well as its public areas. This should be completed by the end of the year.

With over 30 years’ service at PortoBay, José Carlos Silva, PortoBay Director responsible for Building Work is our next PortoBay Insider.

The Cliff Bay with a new look!

The intervention focused on the rooms, reception, lobby and the restaurant Il Gallo d’Oro, with 2 Michelin stars.