Saint Anthony, Saint John and Saint Peter are the three most popular saints celebrated by the Portuguese, with parties and festivals all over the country to kick off the summer. From 12 to 29 June, from the Minho region in the north right down to the Algarve, local communities get together to organise the fun-filled Popular Festivals.

From the north to the south of the country, the three saints arrive in every community to fill the month of June with celebrations.
Nobody can refuse the invitation: people meet in the traditional neighbourhoods, decorated with colourful bunting and balloons, with live music and lots of stalls selling freshly prepared food. The dish of the day can be found everywhere, and your nose won't deceive you: it's the smell of delicious grilled sardines, placed on a slice of bread, grilled steaks and kale soup with a slice of chorizo. A true heaven for lovers of the festivities’ quintessential flavours and smells! 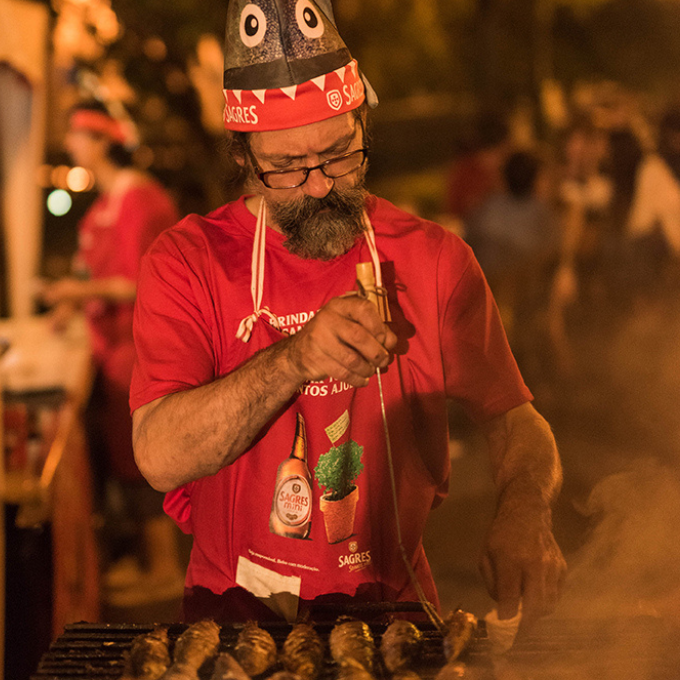 In the capital, St Anthony is the city's patron saint. This is the figure in a brown cloak holding the baby Jesus on his lap who sets the tone for the festivities that reach their high point on 12 June, with the parade of popular marches along the Avenida da Liberdade. Alfama, Graça, Marvila, Bica, Mouraria or Madragoa, each neighbourhood parades along the Avenue in a procession of choreography, colours, music and elaborate costumes.
The other high point comes the following day, when the procession of Saint Anthony leaves Lisbon Cathedral in the Alfama - where the saint was born around 1193 - to parade through the city blessing the poor, the disadvantaged . .. the engaged and lovers. His fame as a matchmaker follows him around and, every year, dozens of engaged couples take part in the Marriage of Saint Anthony, in the hope that the saint will bless their union. 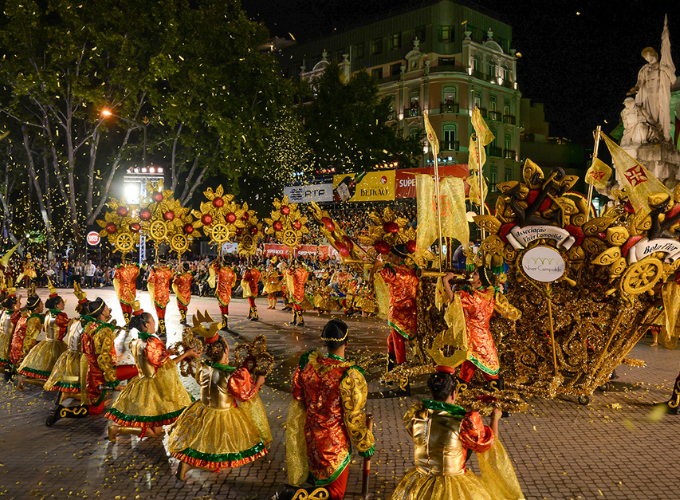 Saint John, give me a balloon!

Further north, in Porto, the festivities are celebrated in the more traditional neighbourhoods from 23 to 24 June.
When it comes to celebrations, Porto has other habits and customs. Don't be surprised if you end up being hit over the head: it's the custom of the these festivities to hit revellers on the head with a plastic hammer as they join the crowd.
However, the highlight of the celebrations is even more harmless and surprising: at midnight, there is a spectacular fireworks display over the River Douro and hot air balloons are launched and fly over the Ribeira waterfront, creating one of the most beautiful spectacles of the Popular Festivals.
For many, the night ends on the beach to watch the sunrise or, for the bravest, a morning swim in the sea to cool off - just like the tradition says!

Saint Peter to finish off

To round off the month of June in style, Saint Peter - the patron saint of fishers - is celebrated on 29 June in some fishing villages, such as Sintra - a town that is now a World Heritage Site. In other places, such as Évora, there are double the festivities, as the city has hosted the Saint John’s Fair since the 16th century, one of the largest in southern Portugal, and also marks Saint Peter’s Day with a municipal holiday.
Wherever you are in the country, there are traditions that never change, such as jumping over a bonfire or offering your sweethearts small pots of bush basil, on which you write little love poems - all these festivals are linked to the beginning of summer and ancient fertility rites.
So, don’t forget:
In Portugal, to celebrate the Popular Saints, you need the will to party . .. and learn to make those rhymes hearty! 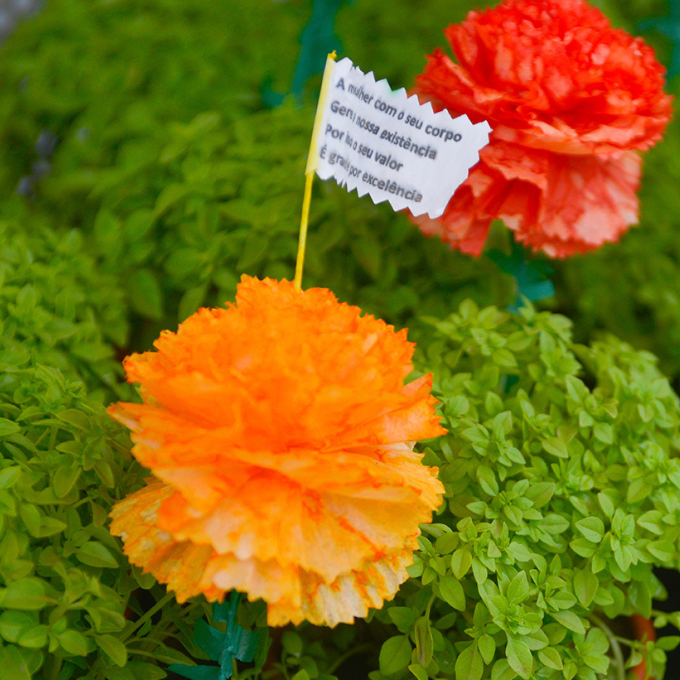 Celebrate Saint John with us!

Enjoy this experience in the heart of the city!